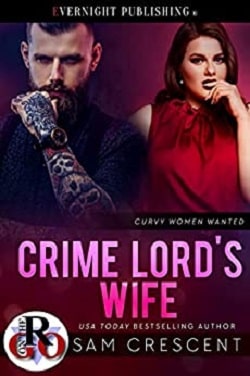 Rose hates her husband and their relationship is dead, not that it ever began. It’s over and she wants a divorce. However, his gambling has handed her straight into the arms of a monster, Jared Cain, the city’s crime lord and all-around dangerous man.

What she doesn’t know is she’s now Jared’s wife.

From the moment he saw her picture, he was curious about her and determined to win her. Women rarely entertained him for long, but one look, one touch, and the feel of her, and Jared was hooked. He’s going to keep her for himself.

It’s not love. There’s no way this could be love.

Only, each day Rose spends with Jared, her feelings for him intensify. He’s not a nice man, but there’s more to him than meets the eye. However, what will happen when they discover she’s pregnant? Will Jared get rid of her or will he admit to having feelings for her as well?