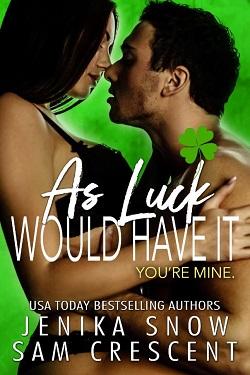 As Luck Would Have It

As Luck Would Have It

When Felicity was nearly run over, it’s Hawk that’s there to catch her before she falls...literally.?

He’s strong, handsome, and smart, and gave back to the community. Hawk’s everything a woman would want, but he’s also her competition.?

They come from two rivaling bakeries, so that should mean there’s no way they can be together. But it seemed fate had other plans.?Because as luck would have it, once Hawk had her, he’s not letting her go.?