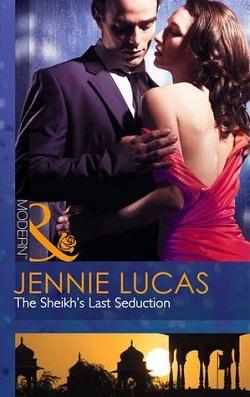 When Sheikh Sharif offers Irene Taylor more money as chaperone to his sister than she's ever made before, she can't refuse—finally she'll safeguard her family. Irene may be innocent, but she knows the trail of destruction playboys like Sharif leave behind, and will resist his skilled seduction….

Sharif excels at everything he does—especially in the bedroom! His engagement hasn't yet been announced and he'll enjoy his freedom until then. Starting with the beguiling Irene—she's the ideal final challenge before he embarks on a life of duty.

But sometimes even the plans of a sheikh go awry!