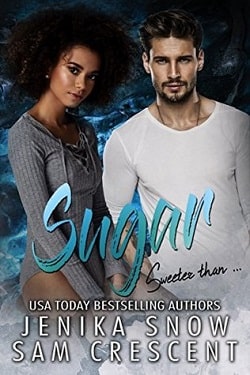 It was annoyance at first sight.

She had a smart mouth on her that had Colton’s blood racing. He put all of himself into his work. He didn’t have time for a relationship or for these feelings Sugar brought out in him.

But Sugar wasn’t like anyone else. He shouldn’t want her but he did. He didn’t deserve her, but he knew he couldn’t stay away.
It started with his dog knocking Sugar on her ass. It ended with her wanting so much more with Colton. He was arrogant and sometimes cold. But underneath that ice and rock he was gentle, sweet even.

They both wanted the same thing but denied it through and through. It wasn't until they were forced together that they had to face the reality.

They were meant to be together.