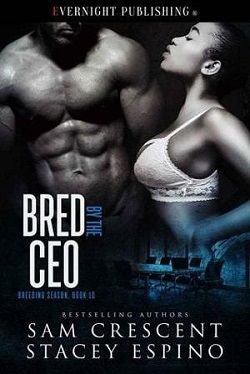 Bred By the CEO

Bred By the CEO

Rose Henshaw was content working as a basement level accountant. It didn't matter if she wanted more out of life because the cards had been stacked against her since she was born. So she resolved to survive week to week, existing with the small hope of climbing the ladder at work. When she's unexpectedly offered the sought-after position as the CEO's personal assistant, she's as much thrilled as suspicious of the promotion. Besides, how can she get any work done when her boss is absolutely drool-worthy and constantly pushing her buttons?

Darius Blackwood is ready to trade his bachelor status after just one look at Rose. She's excellent with children and makes him think about crazy things like building a family of his own, complete with heirs to take over his empire. But he's just hired her as his PA and isn't sure he should cross that taboo boundary of indulging in an office romance. How long can he work with Rose underfoot while keeping his desires locked away? Can these two broken souls find love and security with each other or is a relationship destined for failure?