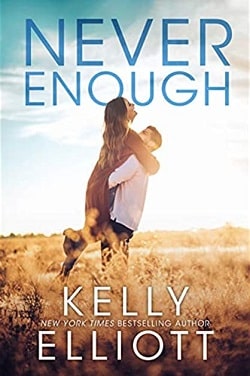 Never Enough (Meet Me in Montana 1)

Series: Meet Me in Montana

Never Enough (Meet Me in Montana 1)

Longing to forget the pain of his wife’s death, Brock Shaw has immersed himself in the one thing that lets him escape the guilt. Bull riding. But life on the road means leaving his young son at home with his parents. They want him to give up his career and be a father to his child, but Brock needs the adrenaline to get through each day…or so he thinks.

Lincoln Pratt needs a fresh start. As a top interior designer in Atlanta, she has everything she could ever want, but she’s always at her father’s mercy. Something’s missing, and Lincoln knows she’ll only find it somewhere far away—like the rolling pastures of Hamilton, Montana, where she meets the irresistibly mysterious Brock.