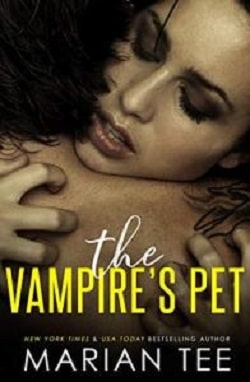 Welcome to La Scala Legaturia, a posh training academy for strengthening bonds between Vampire masters and their human pets.


Eighteen-year-old Zari Baltimore is suffering from an identity crisis. Her new school wants Zari to take pride in her role as a human pet to Alexandru. But how can she do that when her Master appears intent on releasing her from his possession?
Maybe it's time to start distancing herself and learn how to live on her own as a soul seer.
Or maybe it's simply time to look for a new Master, in case Alexandru suddenly throws her out.
But then Zari has a vision of someone killing her...and losing Alexandru becomes the least of her problems.

This is an EXPLICITLY STEAMY, INSTA-LOVE, NO-CLIFFHANGER vampire romance that you're sure to enjoy if you're a fan of Twilight, Vampire Academy, and A Shade of Vampire. It's also worth a try if you're a fan of Morganville Vampires by Rachel Caine and Chicagoland Vampires of Chloe Neill.

Note: This book was previously published as The Master & His Soul Seer Pet boxed set under Marian Tee and Blood Gift under my pen name Sage Matthews. This book is set in the same universe as The Demon Duke and I.