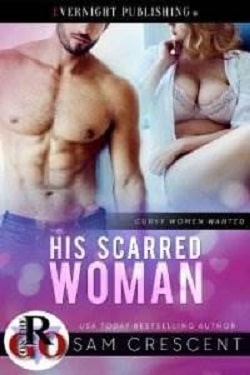 Petra Hall doesn’t trust easily. An attack five years ago left her badly injured with scars all over her face and causing the removal of one eye. She has locked herself away from the world in a fortress. All she ever requires is a bodyguard. Drake Dome is sexy, hot, caring, and at times a little overbearing. It’s a shame she knows the truth about him.

Drake’s company is in trouble. Petra is a wealthy woman, who is more than capable of paying his debt. When he strike’s a deal with the woman’s father, he knows he’s made a mistake. He’s not the kind of man to try and trick a woman for money. After meeting Petra in person, he sees the pain, suffering, and loss she feels. She’s all alone in this world, and someone cruelly came and took any confidence she had and killed it. He will show her there are good people in the world that are worth taking a chance on.

Petra knows the truth. She would rather be alone than risk ever getting close to a man who would take a deal with her father. She doesn’t need love or touch, or anything Drake has to offer. That is until he kisses her. Until he touches her. Until he makes her realize everything she has missed out on.

Is there any way for her to open her heart to this man? She’s already lost so much, there’s no way she can survive more pain.