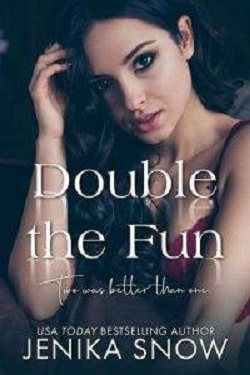 Jane Silver knew all too well what it meant to have a hard life but to survive regardless. With her family life less than happy, she always relied on her tightly woven friendship with the Holden twins.?

She’s known Rys and William Holden since they were five years old. They may have looked identical, but where Rys was the dominating, strong, silent type, William was all caring and comfort. They were the only two people who cared about her, but wasn’t just friendship that tied her to them.?It was love.?

But she never wanted to blur those lines, risking they didn’t feel the same way about her. But things changed so fast, touches, whispered words… pleasure given, and she didn’t know if it was reality or fantasy.?

When accusations were thrown, when drama ensued, lies—or maybe the truth—was revealed, Jane had to figure out if crossing lines with the Holden boys was worth it.?Because if she made the wrong choice, she could lose the only things that meant anything to her.?

Reader note: This story was previously published under the title Playing with Fire. Although the story itself is the same, it has since been re-edited, and parts revised.