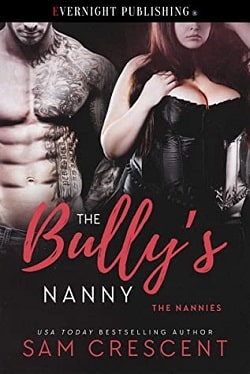 The Bully's Nanny - The Nannies

The Bully's Nanny - The Nannies

When his wife leaves him with a four-year-old, Drew Gold doesn’t know how to cope. His home’s a mess, he sleeps when his kid does, and he hasn’t been working. His brother suggests a live-in nanny.

The person to answer his call? Callie Stewart, a girl from his past. The one he used to bully, and now she’s here offering him salvation. She should walk away from him, but she’s not cruel. Taking care of his kid will be a breeze, but will she be able to handle living with her bully?

Drew likes her curves, her smile, her laugh. He doesn’t know how he failed to notice her before, but there’s no doubt he wants her. When an argument between them escalates, the fire burns brighter than ever. One touch is all it takes for both of them to get burned.

Everything Callie thought she knew about Drew comes crashing down around her when his wife comes back to town. Now Callie needs to fight more than ever for the love of her man. He should stand up and fight, but will he realize he’s not in this alone?