“No.” I shook my head. “I don’t care,” I mumbled. Please dear God, do not take your shirt off. I’m not sure if I will be able to keep my hands off you.

“You’re a wolf in sheep’s clothing,” I muttered as he stepped towards me, and he paused at my words and laughed. 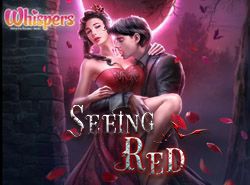 “Because you’re crazy. I come here this morning and you’re sweet as can be, and now you’re trying to get into my pants. And I’ve only been here for a few minutes.”

“Get what out into the open, Professor?”

His eyes narrowed at my words, and he stepped back. I watched as he slowly did his shirt up and he gave me a short smile. “As you wish. I will not bring it up again.”

“I’m not a prostitute, you know,” I muttered, slightly disappointed that he had retreated so quickly.

“Of course I know that.” He walked back to his desk and sat down. “You’re just a young girl sowing her oats.”

“You’re in the habit of one-night stands?”

“It’s not like that,” I mumbled under my breath. “It is what it is. I made a decision. We had sex. Neither of us complained. Let’s just move on.” It doesn’t matter that I think about you every night.

“You didn’t look like you had moved on in class yesterday.”

“What?” He frowned and looked slightly off-kilter at my change of topic.

“Narcissus,” I said again. “It’s a painting by Caravaggio, done in 1597. It illustrates the Greek myth of Narcissus.”

“What’s the myth?” His eyes stared into mine with a challenge.

“Narcissus was a man who fell in love with his own reflection in a pool of water.” I paused and gave him a pointed look. “I think it’s a fitting painting for a narcissist.”

“Is that your favorite painting?”

“I see.” He gave me a wide smile and chuckled. “I suppose you bring up this painting to tell me that I am the only one who has been dwelling on our night together. Because I’m the best lover you’ve ever had.”

“Yes, you are dwelling on it,” I mumbled as my face flushed. “And you’re not the best lover I’ve ever had.”

“I don’t believe you. You cannot have forgotten how you cried out my name as our bodies exploded in passion together.”

“Max will be here in a few hours. Perhaps you would like to spend some quality time with him instead?” He sat back angrily.

“Tell me you haven’t forgotten the man you seduced at the museum already.”

“It took little for him to convince you to go back to the room. Just a few drinks, I believe.”

“Whatever, asshole.” I shook my head. “I’m not going to talk about this anymore. You know I only went to accompany Anna. I only had one drink that night.”

“Fine. What painting have you chosen to discuss in class today?”

“You’ll hear about it in class.”

“I’d rather discuss it in class.”

He changed the subject. “How are you finding London?”

I watched as he picked up a fountain pen and dipped it in an inkwell. I was surprised to see him with such an old-fashioned piece of writing equipment.

“Everything you hoped it would be?”

“Is the Victoria and Albert Museum as you expected it?”

“Huh?” I looked at him in confusion. How did he know I’d been waiting my whole life to go there? For some reason, it had been a lifelong dream for me to peruse the exhibitions at the Victoria and Albert and the British Museums, but I’d never really told anyone that. Just Anna and my journal.

“You wrote about it in your application essay. You said it was a lifelong dream of yours to walk through the museums in Europe and that you were dying to see the Louvre, the Musée d’Orsay, the Victoria and Albert Museum, the—”

“Okay, okay. I remember,” I said, cutting him off. “I didn’t know you read the essays.”

“Of course. I read the essays of all the students who were interested in being my assistant.”

“But I thought I was the only one.” I frowned.

“So have you been?” He ignored my question and I shook my head. “Then we must go this afternoon.”

“We shall go after class.”

“No, you cannot appreciate and delight in your first experience by yourself.” His words were soft, light, and lyrical. His words made me think of losing my virginity and not going to a museum.

“No, we shall go together. I happen to know the curator. I can show you some paintings that you wouldn’t get to see if you went by yourself.”

“You won’t be. It will be my pleasure.” He gave me the same odd little bow that his brother had given me the other night. “Did you know that many of the royal families in Europe are connected through Queen Victoria?”

“No, I don’t really follow the Royal Family much. All I really know is that Prince William just got married and had a baby.”

“I thought Americans were obsessed with all things royal?”

“Did you just learn that word or something? You’re really using it a lot.”

“Did I just learn it?” He cocked back his head and laughed. He laughed so hard that his eyes were wet as he looked at me with his crinkly smile. “I like you, Lola. I think we will be friends. Ah!” He held his hand up. “Do not tell me again that we cannot be friends. I think I’d like to prove you wrong.”

“Because, dear Lola—” he leaned towards me “—there are things I want to show you, to teach you.”

“Oh?” I breathed slowly, waiting for his kiss.

“The Victoria and Albert is a fine museum but not the best museum.” He grinned to himself. “There are many things I have to teach you.”

“You can teach me all of that as my professor.” I stepped back, slightly embarrassed. I hoped he didn’t realize that I thought he was going to teach me about sex.

“But it would mean so much more if I were your friend.” He stared at me for a second and I looked down, not sure what to say. I didn’t understand why he cared about being my friend—especially after he had been such a jerk when we had slept together.

“Do you have anything else you need me to do or can I go now?”

“There are many things I want you to do.” He grinned at me. “Though I suppose I don’t need you to do them.”

“Why are you flirting with me?” I frowned.

“What are you talking about?” He stared at me, unblinking.

“I, uh, thought you were flirting with me.”

“Lola, I was going to suggest you file some of my papers.” He pointed at his desk. “I would like you to start them at some point but was going to say I don’t need you to do it now.”

“But you aren’t dumb, are you?” He cocked his head and observed my face. I blushed as he stared at me intently, but I held his gaze firmly.

“Why do I feel like you’re unsure of the answer?”

“What happened to my timid Lola?” He laughed. “You’re talking back to me again.”

“You don’t intimidate me, Xavier.” I tried to keep my voice calm though I was shaking inside. “I’m not some silly, dumb girl who’s captivated by your handsome face and position.”

“You’re not?” He looked at me in amusement.

“Is there anything else you want me to do?” I folded my arms.

“I want you to kiss me,” he repeated slowly. “I want to feel your soft lips against mine. I want to taste your tongue on my tongue. I want to hear your small whimper as I bite your lower lip.”

“Are you crazy?” I stared at him with wide eyes.

“No,” he laughed. “An English girl would say, ‘Are you mad?’ and not, ‘Are you crazy?’ I figured now that you are in London, you should learn the local ways.”

“You really are crazy, aren’t you?” I shook my head, and his eyes twinkled at me.

“Perhaps.” He grabbed my upper arms and pulled me towards him before lowering his head and leaning down. “Perhaps you make me mad,” he whispered against my lips before kissing me.

My knees buckled at the touch of him, and I reached up instinctively and grabbed ahold of his arms. His tongue sought entrance to my mouth, and my fingers ran up to feel his hair as he attempted to conquer my mouth. I groaned as his tongue gently ran along my lower lip before his teeth nibbled quickly. His hands ran up the back of my top and caressed my na**d back. His hands were warm and soft and I melted against him.

His fingers ran to the front of my body and played with my belly button. A sensation of lust sprang straight down from my stomach, and I took a step forward. I felt intoxicated by his touch. His eyes glittered as I stared up at him, and I wanted to pull away from him. Only I couldn’t.

My body argued with my brain and won. I closed my eyes and ran my hands down his back to his ass, squeezing his firm butt and enjoying the stilling of his body as he waited to see where I was going to touch next. I ran my hands to the front of his pants, but then Xavier quickly stepped back from me.

“You’re trying to seduce me.”

“You’re playing with me?” He glared at me, and I shrugged.

“Never.” I laughed lightly and ran a finger down the front of his pants, making sure to press down on his hardness. “Though it seems like you may need to do some playing with yourself before class.”

I heard his sharp intake of breath and turned around quickly. Score one for me, I thought to myself, even though I was trembling inside.

“I’m going now. I’ll see you in class.” I walked quickly out of the house, praying that he didn’t catch up with me and kiss me again. I wasn’t sure I’d be able to walk away if he made one more attempt at getting me into bed.

“Lola, you look divine this morning.”

“Hello to you too, Sebastian.” I laughed and sat next to him. “How are you?”

“Tired.” He yawned and ran his fingers over his eyes.

“You could say that.” He pulled out his books. “Though I was glad to come to class today to see you.”

“Aren’t you sweet?” I giggled and sat back. “I’m sure you say that to all the girls.”

“What have you heard?”

He gave me a look, and I laughed. “Oh, Sebastian.”

“I love your accent. It’s so sexy. Reminds me of Charlie’s Angels.”

“Really? I didn’t think I had an accent. Not like you and English people.”

“I didn’t think I had an accent, either.” He laughed. “Though I do sound slightly English. People who know me can hear the Romerian in my voice as well.”

“The country I come from is called Romerius.”

“Never heard of it,” Sebastian said, finishing my sentence. “Don’t worry. No one else has heard of it, either.”