“I understand,” she says, but I detect the disappointment in her voice, too. Natalie has always been an impatient, instant-gratification kind of girl.

“Well, are you alright?” she asks. “I can’t imagine why you’d run off to New Orleans of all places—is this hurricane season?”

I hear the shower running in Andrew’s room.

“Yeah, I’m doing great,” I say, thinking about Andrew. “To tell you the truth, Nat, I’ve never felt so alive and as happy as I have been this past week.”

“Oh my God…it’s a guy! You’re with a guy, aren’t you? Camryn Marybeth Bennett, you f**king bitch you better not keep these things from me!”

That’s exactly what I mean by cheapening the experience.

“What’s his name?” She gasps loudly as though the answer to the world’s mysteries just fell into her lap. “You got laid! Is he hot?”

“Natalie, please,” I shut my eyes and pretend she’s a mature twenty-year-old and not still stuck on the high school campus. “I’m not gonna talk about this with you right now, alright? Just give me a few days and I’ll call you and let you know how things are going, but please—”

“I’ll take it!” she says, agreeing, but not at all getting the hint that she needs to tone her enthusiasm down a notch. “As long as you’re OK and you don’t still hate me, I’ll take it.”

“I know. I believe you. And when I call you later, you can also tell me what happened with Damon. If you want to.”

“I’m really glad you called. I’ve missed you a lot.”

We hang up and I just stare at the phone for a minute until my thoughts of Natalie fade into my thoughts of Andrew. Just like I said: all of the faces in my daydreams have become Andrew’s face.

I take a shower and put on a pair of jeans which still haven’t been washed, but they don’t stink so I guess it’s OK for now. But if I don’t get my clothes washed soon I’m going to be hitting another department store for something new. I’m just glad I packed twelve pairs of clean panties in that duffle bag of mine.

I start to put on makeup and do the usual, but then I let my fingers rest on the bathroom sink and I look at myself in the mirror, trying to see what Andrew sees. He’s almost seen me at my absolute worst: no makeup, circles under my eyes after being awake on the road for so long, nasty breath, wild, grungy hair—I smile thinking about it and then picture him standing behind me, right now, in the mirror. I see his mouth buried in the curve of my neck and his hard arms wrapped around my body from behind, his fingers pressing against my ribs.

There’s a knock on my room door, snapping me out of my daydream.

“Are you ready?” Andrew asks when I open the door for him.

He comes the rest of the way into the room.

“Where are we going, anyway?” I ask walking back into the bathroom where my makeup is. “And I need some clean clothes. Seriously.”

He walks up behind me and it shocks me a little because it almost feels like that daydream I was having moments ago. I start to put on mascara, leaning over the sink toward the mirror. I squint the left eye while applying mascara to the right eye while Andrew checks out my butt. He’s not being secret about it at all. He wants me to see him being bad. I roll my eyes at him and go back to my mascara, switching to the other eye.

“There’s a laundry facility on the twelfth floor,” he says.

He locks his hands around my h*ps and looks at me in the mirror with a devilish grin and his bottom lip pinned between his teeth.

“Then that’s the first place we’re going,” I say.

“What?” He looks disappointed. “No, I want to go out, walk around the town, have a few beers, see a few bands play. I don’t want to do laundry.”

“Oh, quit whining,” I say and turn around back to the mirror whipping my lipstick out of my bag. “It’s not even two o’clock in the afternoon—you’re not one of those beer-for-breakfast guys, are you?”

He flinches and presses his palm against his heart, pretending to be wounded. “Absolutely not! I wait at least until lunch.”

I shake my head and push him out of the bathroom; toothy, dimpled smile and all, and then shut the door with him on the other side.

“What was that for?” he says through the door.

“Well, I wouldn’t have looked!”

“Go get your dirty clothes from your room, Andrew!”

I can picture his bottom lip puckered out, though of course that’s totally not what he’s doing. He’s grinning a hole through that damn door.

“Fine!” he says and then I hear the room door open and then shut behind him.

When I’m done in the bathroom, I gather up all of my dirty laundry and stuff it into my sling bag and I slip on my flip-flops.

WE DO LAUNDRY FIRST and while we’re there I do fold everything after I take it out of the dryer, rather than shoving it all back into the bags. He tries to protest, but I get my way this time. Afterwards, we hit the town and he takes me everywhere, even to the St. Louis cemetery where the tombs are above ground and I’ve never seen anything like that before. We walk together all the way down Canal Street toward the World Trade Center New Orleans and the ocean where we find a much-needed Starbucks. We talk forever over coffee and I tell him that I got a call from Natalie last night. And we go on and on about her and Damon, who Andrew has grown quickly to detest.

Later we pass up a steak house which Andrew tries to get me to stop with him at by throwing that deal I made with him back on the bus in my face. But I’m not the slightest bit hungry and try to explain to a whimpering steak-deprived Andrew that I have to be ready for a big meal if he wants me to enjoy a steak.

And we find a mall: The Shops at Canal Place, where I am actually excited to go after being stuck wearing the same boring clothes for the past week.

“But we just did laundry,” Andrew protests as we head inside. “What do you need new clothes for?”

25 Most Popular Books Published in December 2022

What is the "The Ring of Fire"

AirPods: How It Became One of Apple's Hottest Products of All Time?

I hoist my purse strap on the opposite shoulder and grab him by the elbow.

“If we’re going out tonight,” I say, dragging him along, “then I want to find something cute that looks halfway decent.”

“But what you’re wearing now is cute as hell,” he argues.

“I just want a new pair of jeans and a top,” I say then stop and look at him. “You can help me pick it out.”

That got his attention.

I pull him along again. “But don’t get your hopes up,” I say, jerking his arm in emphasis, “I said you can help, not choose.”

“You sure are getting your way a lot today,” he says. “You should know, babe, I’ll only let you get away with so much before I start playing my cards.”

“What cards do you think you have to play exactly?” I question with confidence because I think he’s bluffing.

He purses his lips when I glance over and my confidence is starting to drain.

“If you recall,” he says all sophisticatedly, “you’re still on whatever-I-say duty.”

He grins and jerks my arm towards him this time.

“And since you already let me go down on you once,” he adds and my eyes widen, “I think I could tell you to lie back and spread your legs and you’d have to listen, right?”

I can barely move my eyes around to see if anyone walking by had heard him. Andrew didn’t exactly say that in a whisper, but I wouldn’t expect as much.

Then he slows our pace and leans in toward my ear and says quietly, “If you don’t let me have my way with something simpler soon, I might have to torture you again with my tongue between your legs.” His breath on my ear, combined with his wetness-inducing words, sends shivers up the side of my neck. “Ball’s in your court, babe.”

He pulls away and I want to slap that grin off his face, but he’d probably like it.

Dilemma? Let him have his way with something simple, or keep getting my way and him ‘torture’ me later? Hmmm. I guess I’m more of a masochist than I thought.

The night falls and I’m ready for our night out. I’m wearing a new pair of tight jeans, a sexy black strapless top that hugs my waist and the cutest black heels I’ve ever found in any mall.

Andrew gawks at me in the doorway.

“I should play my card right now,” he says coming into the room.

I’ve braided my hair into two loose braids this time, one resting over each shoulder, stopping just above my br**sts. And I always leave a few strands of blonde hair to fall freely about my face because I always thought it was cute on other girls, so why not me?

Andrew seems to like it. He reaches up and slides each one within his fingers.

I look him up and down, too, and although he’s back to jeans and a simple t-shirt and his black Doc Martens, he’s the sexiest thing I’ve ever seen no matter what he’s wearing.

We head out and I turn a few old guy’s heads in the elevator and down the hall. Andrew is eating the hell out of that, I can tell. He’s beaming walking next to me and it just makes my face beet red.

We hang out at d.b.a first and watch a band play for about an hour. But when I get carded and it looks like I’m not going to get to drink here, Andrew takes me farther down the street to another bar.

“It’s a hit or miss,” he says as we approach the bar, hand in hand. “Most of them will card you, but every now and then you get lucky and they don’t bother if you look twenty-one enough.”

“Well, I’ll be twenty-one in five months,” I say, gripping his hand as we cross a busy intersection.

“I was worried you were seventeen when I met you on the bus.”

“Seventeen?!” I hope like hell I don’t actually look that young. 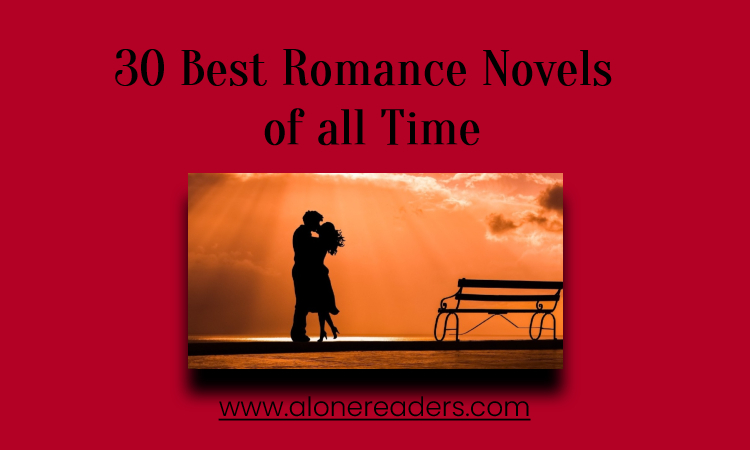 “Hey,” he says glancing over once, “I’ve seen fifteen-year-olds that look twenty—hard to tell anymore.”

“So you think I look seventeen?”

This bar is slightly smaller than the last and the people in it are a mixture of fresh-out-of-college and early thirty-something’s. A few pool tables are set side by side near the back and the lighting is dim in the place, mostly localized over the pool tables and in the hallway to my right, leading into the restrooms. The cigarette smoke is thick unlike the last place where it was non-existent, but it doesn’t bother me much. I’m not fond of cigarettes, but there’s something natural about cigarette smoke in a bar. It would almost seem nak*d without it.