Last visited: Page 18 of One Night with His Wife

Page 18 of One Night with His Wife

‘Star…’ Luc husked in an indolent tone of satiation. ‘It’s never been like that for me.’

She hoped it never would be again. In fact she hoped she would be a tantalising memory that infuriated him until the day he died. Mustering every scrap of self-discipline she possessed, she forced herself to pull away from him. Unexpectedly, he caught her back to him. In the half-light, dark golden eyes appraised her flushed triangular face, her lowered lashes which betrayed only a wary glimmer of aquamarine.

‘You can talk now,’ he murmured, almost teasingly. ‘I’ve got nothing to say.’ Once she would have told him she loved him. And that recollection of her old self now made her cringe.

‘We left the candles burning in the kitchen.’ She snaked out of his hold before he could guess her intention. Stretching out a frantic seeking hand for the wrap lying on the chair by the bed, she got up, keen to make her escape. 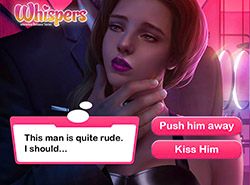 In the kitchen, she shivered, cold as ice without him, even colder when she looked into the future. Yet her body still thrummed and ached from the glorious possession of his. How dared he make it even better than she had remembered? How dared he tell her that that was the best sex he had ever had? He didn’t have a sensitive bone in his entire body. But then what did that matter now?

She felt anguish beckoning like an old friend, but she turned away from it, older and wiser now. Making a meal of misery wouldn’t change anything. She forced herself to put away the groceries which Rory had brought. The prosaic task dragged her down from the heights, gave her the chance to get a grip on her turbulent emotions.

It was past time that she faced up to the truth she had spent such an impossibly long time evading. Their marriage had been a fake! She had known that from the outset but had stubbornly refused to accept the fact. Luc had never wanted to marry her; Luc had simply felt that he had to marry her, Star acknowledged painfully.

That winter his father had been dying, Star had enjoyed a long-awaited and very emotional reunion   with her mother. Only one awkward fact had shadowed that reconciliation: Juno hated the Sarrazin family and had been desperate to persuade Star to leave France. But Star had been head over heels in love with Luc…and quite incapable of choosing to remove herself from his immediate radius.

On an unannounced visit to the chateau, her mother had been genuinely appalled to walk into a room and find Star in Luc’s arms. Accusing Luc of taking inexcusable advantage of her teenage daughter’s naivety, Juno had threatened to create a major scandal. Determined to protect his sick father from the distress of such sordid publicity, Luc had insisted that they get married. It was ironic that Juno had been even more outraged by their marriage.

But Star had entered their marriage of convenience with a hidden agenda the size of a jumbo jet. She had honestly thought that if she prayed hard enough, tried hard enough, she could make Luc love her! Every scrap of misery she had suffered since, she decided, she had brought on herself.

Fortunately, she didn’t love Luc any more, she told herself fiercely. He was her first love. It was understandable that she would never be totally indifferent to him. But here, tonight, she promised herself that she would say goodbye to that humiliating past and move on. When the dawn came in tomorrow, there would be no looking back.

Having got her flailing emotions back under control, Star drifted back to the bedroom and lodged uncertainly in the doorway, striving for a cool stance. In the moonlight, Luc was lying in a relaxed sprawl on his side, his skin vibrant gold against the pale bedding. He looked like an incredibly gorgeous oil painting. Her heart gave a treacherous lurch. She waited for him to lift his handsome dark head and say something. When he didn’t, she moved slowly closer. She couldn’t believe it. He had gone to sleep! But then when had Luc last slept? She swallowed a rueful laugh, bitterly amused by her own intense disappointment. He followed a relentless schedule. He would have had to make time for a trip to England. To do so he might well have worked through most of last night. And now, tension released by a rousing bout of entirely uncommitted sex, he had given way to exhaustion and fallen asleep. How touchingly, uncharacteristically human! It shocked her that she was really tempted to wake him up again.