Last visited: Page 36 of To Defy a Sheikh

Page 36 of To Defy a Sheikh

It nearly pained her to say it. But there was no honor in misdirected rage. She knew that better than most. And yet she had spent sixteen years clinging to it.

It didn’t make her friends with Ferran, but…but it made her feel as though a truce that extended beyond the moment might be possible. 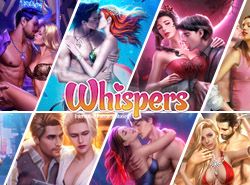 “You’re not a victim now,” he said, the words coming slowly. “You will never be again. You’re a sheikha. And you have power in this country. You have power now.”

“I think I’ve proven that I’ve always had power. Though, it’s nice to have that power backed up by…the law. And the army.”

“I can make no guarantees.” She looked out across the water, dark blue now with the sun gone behind the horizon line. “Do you know, these past weeks with you…before them, I can’t remember the last time I sat and just had a conversation with someone. I can’t remember when I had the time for something so casual. Master Ahn was very good to me. The closest thing I ever had to a friend, but we didn’t have many conversations. He instilled in me the will to survive, the sense to think with my head and to act with honor in all things. To know what was right, so deeply that it would be an instinct to act upon what’s right when the time comes….” She paused. “Maybe…maybe that’s why I hesitated in your room that night. Because something in me knew it was wrong. Because something in me knew I couldn’t possibly be serving justice if I hurt you.”

“I realized something today. I was allowing rage to dictate my action. And in that, I was no better than my father. For all that I wished to avenge his death, I have never condoned his actions. My anger was for me. For my mother and our country. But revenge was never going to make that right. Rage would never do anything but lead to more devastation. I’m ready to let go. Even if that makes me weak.” She looked down at her food, then back up at him. “Does it make me weak?”

“You say that with such confidence. But I’ve always been scared.”

“Is that a weakness?”

“Not when it keeps you alive, I suppose.”

He set his food down, then stood. “I’m going to bed,” he said. “Tomorrow we’ll stay for breakfast and then head back to the bedouin camp.”

For some reason, the thought of leaving made her feel sad. “Okay.”

Another chance to simply sit. To be with another person. To live. She found she was looking forward to it.

SAMARAH WOKE UP to the sound of rain on the canvas rooftop. She slipped out of bed and looked outside. It was gray out, the sun trying to pierce through the heavy blanket of clouds that had rolled in overnight.

She ran her fingers through her hair and leaned forward, the silken strands sliding over her shoulders.

She looked out the window, at the rain pelting down, hitting the parched earth, large droplets creating ripples on the surface of the lake. And she had the sudden urge to go out in it.

She’d hated the rainy season when she’d lived in Jahar. Hated having to hide in rooms that were muddy and flooded. Hated looking for shelter during the day wherever she could find it, or more often, just spending most of the afternoon feeling like a drowned rat.

But it was different now. She wasn’t forced to stand out in the rain. She had a choice. She could stay in here where it was dry, or she could dance in the water drops. It was up to her. Because she had a home now. She had shelter.

Everything had changed. There was more than survival. There was…enjoyment. Happiness. Something about yesterday’s realization, yesterday’s acceptance, had allowed her to capture these things. Or at the very least the possibility of them.

She stood and walked to the window, pressing her palm against the glass. Then she turned and walked out into the living area. It was still hazy, and the house was dark. She hadn’t checked the time but it had to be early.

She padded to the front door and pressed down on the handle before going out onto the deck. She was wearing only a nightgown, a soft, silken one with very little in the way of adornment. It had been provided for her at the palace and she’d packed it for the trip. It wasn’t designed to be flashy, just to be comfortable.